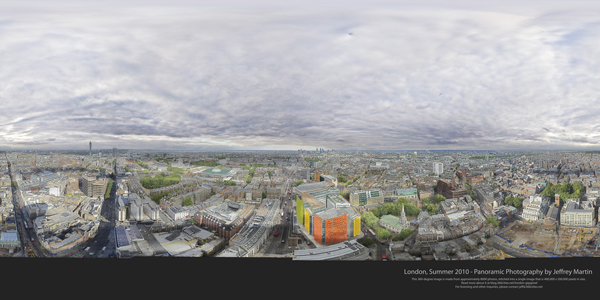 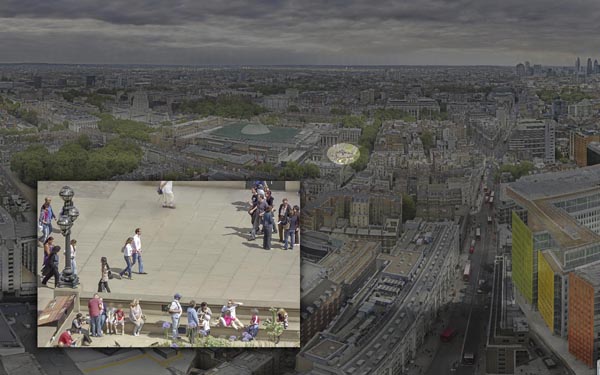 A few months ago Jeffrey came to stay for a week, and I was delighted to spend 3/4 days assisting him at the top of center point. It was magical to say the least, you feel like you have the whole of London at your toes, and it must be one of the best views of London, and real experience at all times of day. 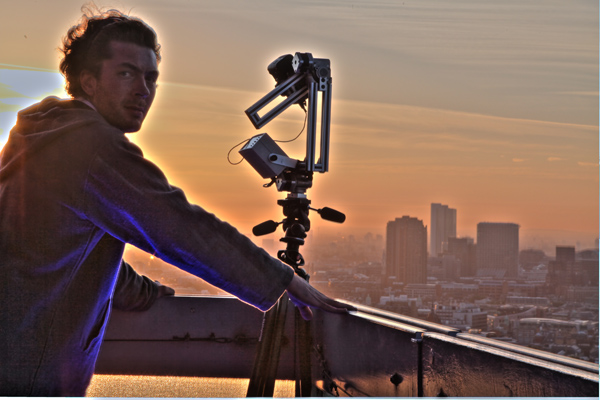 Jeffrey’s incredible image comprised of 7886 high-resolution individual photos, was shot with a 400mm lens, and is 360 degrees wide. What makes this image all the more remarkable was the camera was not panning around the nodal point, which reduces bad stitching and parallax. It was shot from every corner of the building. Also stitching a panorama like this requires requires and enormous amount of computer power, a computer donated by Fujitsu comprised of dual 6-core CPUs, 192GB of RAM, and a 4GB graphics card, took six weeks to stitch !

Here are some nice images I took. 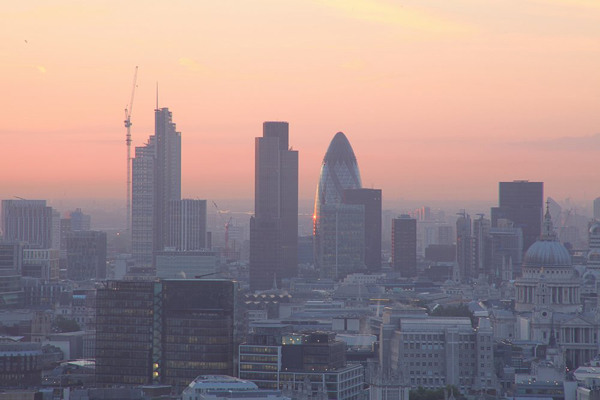 Here is today’s press from the London paper ‘Metro’.

Here are some panoramas I took during the shoot.